Numerous stores dealing with empty shelves and disgruntled customers, with fears many consumers will turn to the black market.

When Trevor Tobin opened one of Canada’s first legal cannabis stores last month, he had high hopes of playing a small part in a historic national experiment – and of making a tidy profit.

Brimming with optimism, he and his mother Brenda pooled $100,000 in savings to create High North, one of the few private retailers in Newfoundland and Labrador.

But the pair quickly found themselves staring at empty shelves – and watching the money they had invested slip away. Day after day, the staff at Labrador City’s only cannabis shop have had to turn away customers due to scarce inventory and have even gone as far as temporarily shutting down the store. 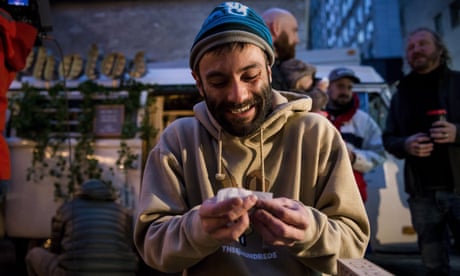 Two weeks after Canada became the first G20 country to legalize cannabisamid much fanfare and celebration, numerous stores – both physical and digital – are struggling to meet unexpectedly high demand and in much of the country, the legal supply of marijuana has dried up.

“There is not enough legal marijuana to supply all of the recreational demand in Canada,” said Rosalie Wyonch, a policy analyst at the CD Howe Institute. “The shortages are happening faster than I would have expected, but our research suggested quite strongly that there would be shortages in the first year of legalization.”

A mix of regulatory frameworks, retail chain distribution and logistical kinks – including rolling postal strikes across the country – have created fertile ground for the shortages.

When Colorado legalized recreational cannabis, it took three years for supply to finally catch up to demand, and Canada could expect a similar delay, said Wyonch.

In Quebec, the Société Québécoise du Cannabis – a government entity overseeing sales – has opted to close three days per week in order to better ration its limited supply.

Online sales make up a large component of the recreational cannabis market. In Ontario, where there are no physical retailers, residents are required to purchase products through a government-run web site.

Within the first 24 hours of legalization, the Ontario Cannabis Store website processed 100,000 orders – but few of them have been shipped to customers.

Because Ontario only allows online sales of cannabis, many residents have been left waiting two weeks for orders to arrive – and some report random cancellations of their orders.

University student Curtis Baller found out that his order had been cancelled after seeing a charge disappear from his credit card – not a notification from the OCS.

“The most frustrating part to me is that the government forced a monopoly on both the supply and delivery on cannabis products, then failed to deliver,” Baller told the Guardian. Ontario’s ombudsmen have received more than 1,000 complaints about the site since it launched on 17 October.

Supply for retailers, either private or government, is dictated by contracts between the government and licensed suppliers, making shifting to new sources of cannabis to fill supply gaps a lengthy process.

“Health Canada is still licensing producers, existing producers are expanding facilities and at the end of the day, marijuana is a plant. It takes a certain amount of time to grow, process and package, ship and get tested,” said Wyonch.

The shortages are also likely to be costly for provincial and federal governments. In a policy paper developed with colleague Anindya Sen, Wyonch argues that the government could lose $800m in revenues to the black market – far outpacing the anticipated tax revenues of $300m-$600m in the first year of legalization.

For Tobin and his mother, one of the few private retailers with a retail license, the shortage has turned what seemed like a lucrative business into a temporarily losing venture.

“I’m paying staff members to sit around with fingers crossed that we’ll receive [new stock]. We never do,” said Tobin. “I can’t keep operating the shop, losing money every day paying staff with no product.” 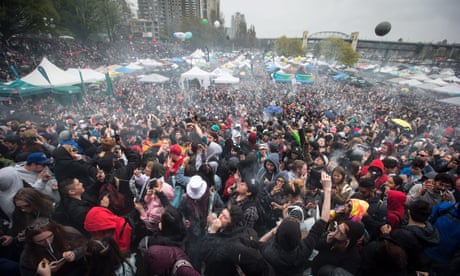 Some see a potential silver lining to the shortage: the bottlenecks likely mean a large number of people have tried to shift from the black market to the legal space at a faster rate than anticipated.

But the risk remains that the move may be reversed if supply problems are not resolved.

“The government will likely be successful in eliminating the black market, as long as the legal supply comes online quickly. Otherwise, we risk potentially entrenching a black market,” said Wyonch.

But Tobin fears that the recent shortages have already pushed consumers away from the legal markets. Both new and prior cannabis users have expressed frustration that they can’t buy from his store, or any other retailer in the region.

“Now that we can’t supply them, they’re still going to find it,” he said. “There’s no shortage of weed in Labrador City. Just the legal stuff.”